STEPPING BACK IN TIME 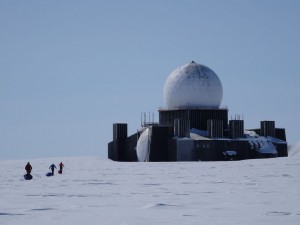 Although there were no markets, lovely restaurants, theatre shows or other usual tourist trappings on this journey, one special iconic site was on the itinerary. Something I for one was very much looking forward to… The Dye 2 station, a proper relic of the cold war.

The Dye stations formed part of the Distant Early Warning (DEW) Line used during the cold war to warn against the threat of Soviet bombers. It was a joint project by the US and Canada, but unfortunately with advances in technology – namely the ballistic missile – eventually became obsolete.

On day 22 we finally reached this unbelievable and huge alien looking construction, and it is one of the most incredible things I have ever seen. It is also the only man-made land mark for the whole journey. The station sits propped up on pillars quite high off the ground too. This is a result of it being jacked up in 1977 and 1982, when the foundations were reset in response to the rising ground level. As a result it now sits on top of a large depression with ice/snow slowly building up around it. In contrast to how the Dye 2 station has survived, the Dye 3 station (also located on the ice sheet) has I am told almost been swallowed up.

From a distance it is very easy to underestimate the size of the station, and initially I thought it only the size of a big house. But as you got closer you started to realise just how big it really is. It did take my breath away, particularly given how it looks. I mean seriously…look at it… it's just awesome!

Seeing this incredible site though was not the best bit, oh no. The best bit was we could go inside and explore!… 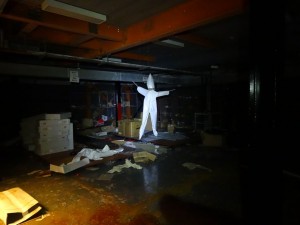 After grabbing our head lamps we carefully descended down the near vertical slope of snow and ice to the bottom of the station's foundations. From there we able to access an external stair case to climb and gain entry into the station itself.

Seriously, it was just SOOOO cool!!! 😀 The place is huge and there was so much to explore, with each of us going off at times on our own personal 'choose your own adventure' ghost tour. There were restricted engineering rooms, offices with name plates still on the wall, documents and manuals everywhere in filing cabinets and on desks, kitchen supplies all frozen and preserved, bottles of beer still out on the staff bar…

The place was for the most part in darkness, and a head lamp definitely required. The cold had also made its way into the areas, with some corridors blocked off by snow, and sections covered in frost and ice where a window may have broken open nearby. I'll admit it was a little eerie walking around in the darkness. When I walked into a random room and swung my head around to see a ghost floating in the air…. Well, I didn't scream but the adrenaline did kick in for a second *chuckle* 🙂 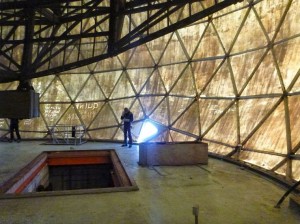 The jewel in all our exploring though was finding our way into the side and top dome sections, entrance to the side dome was not the easiest to find either. Pretty incredible, you will find footage of it in the short clip below too.

We spent around 3 to 4 hours in total at the station, and enjoyed a nice late lunch back on the ice under its protective gaze. Had we not lost so much time from earlier weather conditions we would have camped the night with the option – if you had the nerve! – to stay inside. How cool would THAT have been!

I've included more pictures below for you, along with another short 3min clip. Hope you enjoyed this weeks read, will be back again next week with more. Getting close to the finale!

NEXT WEEK: HOW LUCKY IS THAT!

– view from outside the main roof top dome 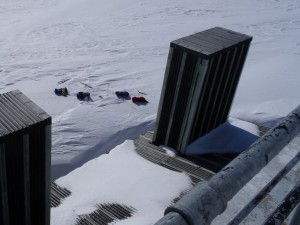 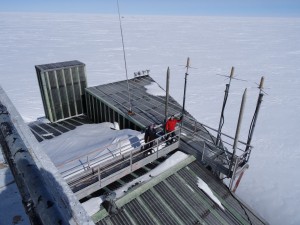 – corridors and rooms being taken over by the elements 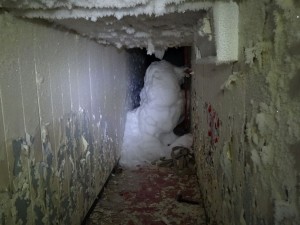 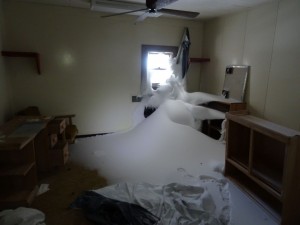 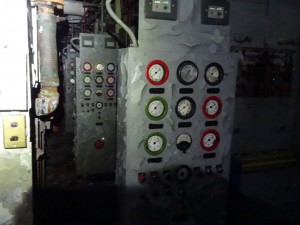 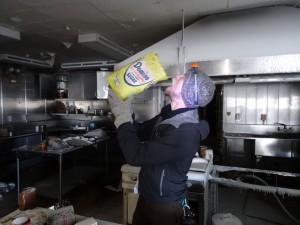 – many a safety sign around the place, and a massive radar inside the top dome 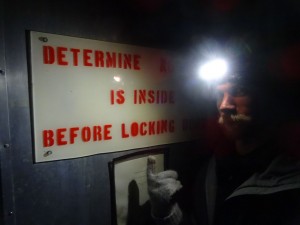 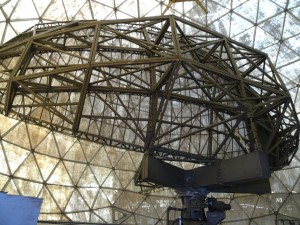 – I guess it wasn't good news… 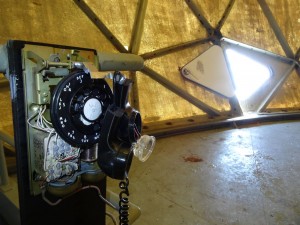 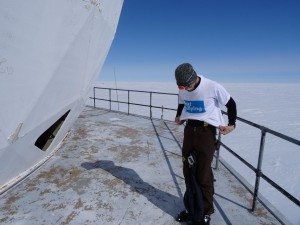 – chilling out with a quick drink before leaving ….beers are display models only (in case anyone really thought we drank them!) 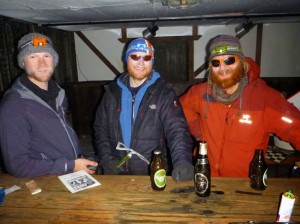 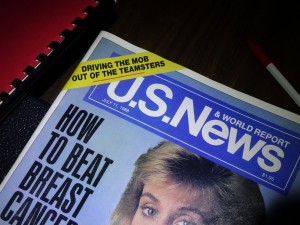 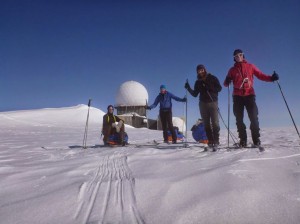 This looks amazing! I would love to go and see this!!!

It was definitely a highlight, everything inside literally frozen in time. Couldn’t get over how large it was either, started as a dot on the horizon and it just kept growing as we moved closer 🙂