Beauty and the Beast – Part II

Beauty and the Beast – Part II

A little touch and go yesterday leaving London, but despite delays caused by industrial action I arrive back in Reykjavik safe sound. In fact, I ended up running into some old friends at Heathrow I had not seen for a while and would have missed had my flight been on time. Pretty good silver lining.

A lot of happy flash backs of the Iceland crossing during the bus ride from Reykjavik airport to the city centre. Good times, good times… I'd like to take this chance to give a quick shout out and thank you to the team as well: our guides Max, Jon and Pad who were brilliant, and my fellow thrill seekers Darrell, Dave, Julie, Jerome, Jiri, Lacy, Alexei, Ella, and Rémi. As with any memorable trip it is not only the place, it's the people.

A picture paints a thousand words, apparently, so it is photos photos photos in this post, including a bit of cheeky commentary here and there too. Enjoy!…

On the morning of Thursday 20th March when we were to fly out from Reykjavik to Akureyri in the north, our taxi driver very pleasantly explained to us that being picked up between '06:00-06:30' means ’06:00 on the dot’. Not 06:02 being the time we were actually downstairs, leading to a further 40mins waiting for him to return *chuckle*.

Once we arrived in Akureyri that night following the delays during the day to our departure [see previous blog for details] we were picked up in, well, a MONSTER! As you can guess, this extreme all terrain beast created its own roads. 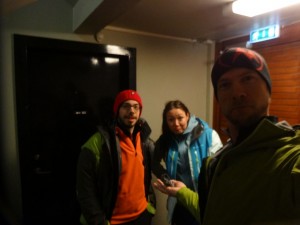 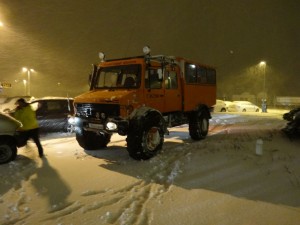 Although we were held up in Akureyri for a day due to bad weather, we did get the skis on for some cross country time. I took the opportunity to try a couple of my glove combinations out too. As I mentioned in my last post I was really surprised and happy with my wool mitts which kept my hands nice and warm despite ice building up on them at times. 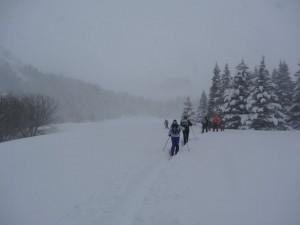 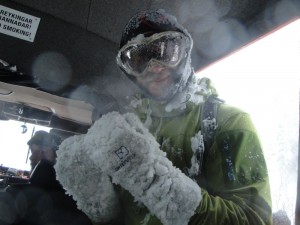 There was a nice buzz at the warehouse in Akureyri as we loaded up our sleds, packed them into the trailer and set off to our starting point. Some avalanches which had taken place earlier that day were pointed out to us before we left too, just to settle any nerves. 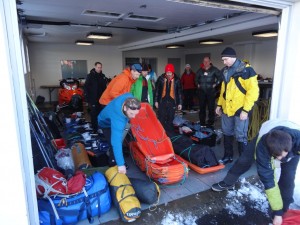 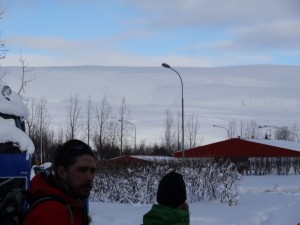 CAMPING AND THE COLD

I found it a lot of fun setting up camp every night. Not quite as comfy as coming home to fire place blazing in your log cabin – as Rémi's frozen sock demonstrates – but still quite rewarding nonetheless putting your feet up (metaphorically speaking) in your own, um… cold tent 😉 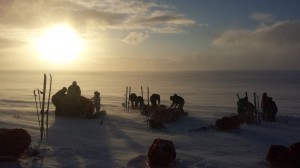 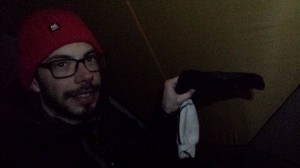 WHO BROUGT THE BATH SALTS?

Along the way we had the opportunity to take a bit of a dip in a 'not-so-hot-but-more-than-luke-warm' thermal pool. Cool little snow cave at the top end where it was warmest and the water fed in from too. 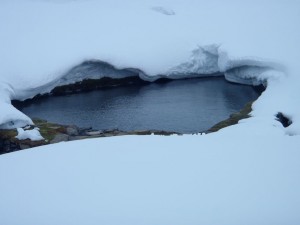 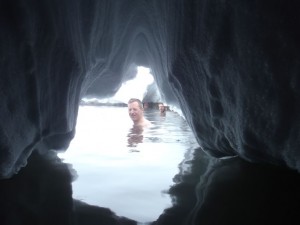 RENOVATIONS: AND OVER HERE WE'LL PUT THE DINING ROOM…

We experienced the worst weather on the fourth day of the trekking. It was quite a long and challenging day but exhilirating at the same time and made you feel alive. The odd white out, lots of wind and snow swirling around everywhere, just awesome 🙂 ….ish.

At about 18:00 we refuelled again to push through an extra couple of hours or so to reach a hut we could stay in for the night, but unfortunately our progress dropped quite a bit given the heady cocktail of weather and icy terrain we were starting to cross at times. The weather also kept escalating and as a result our guide Max stopped us to set up camp to be safe.

Our guides told us in the morning we would be staying put for the day – we didn't get our wake up call and conditions had not let up so was kind of expecting it. A little while after lying down and reading it registered with me that the snow I was continually knocking off the outside of the tent wall on my side was no longer falling to the ground. Also, I was looking more 'up' at the tent wall rather than 'across' at it. Yeah… It was at this point Rémi and I looked at each other and went into action – me scrambling for my boots to head outside and start digging the tent out from under the growing weight crushing snow, and Rémi with his back against the tent pole to stop it collapsing in (we subsequently found the guyline had already snapped from the pressure).

The picture below shows how much snow crept in to take over our vestibule area too, along with my cool handy work at digging it all back out. Yep, 'digging', my new favourite past time on the trip. No seriously, I really enjoy it 🙂 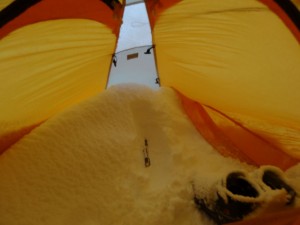 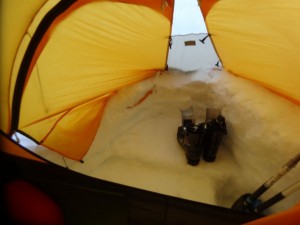 Lunch breaks took the form of stopping, sitting down, and eating, 'simples'. Dinner consisted of dehydrated vacuum packed freeze dried meals, powdered soup and a slab or two of cake, nom nom nom. Dinner may not sound the best, but after a full day on the go it tasted fantastic! I did bring along a tasty packet of Haribo 'extra fruit juice' Gold Bears for myself as a special treat to pick the spirits up if needed. But since I was always in an awesome mood I just ate them on a random night. 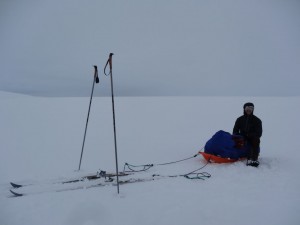 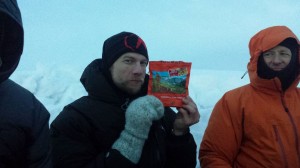 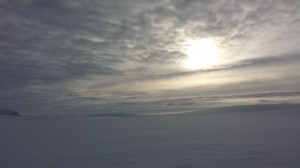 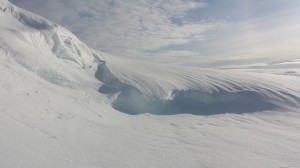 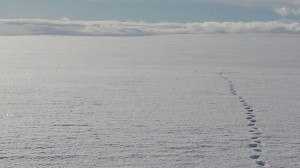 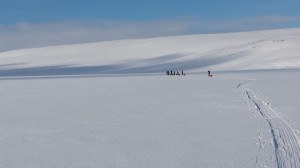 A great view from the our front door, and to make the most of the moment Rémi and I sat back, watched the sun set over the horizon and hoovered down some dried fish like a starving pack of wolves! Haha! 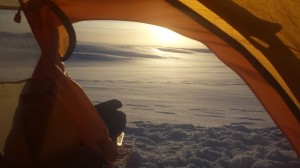 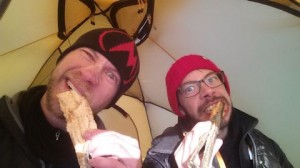 Back to civilisation, such a cool trip, thanks again to everyone 🙂 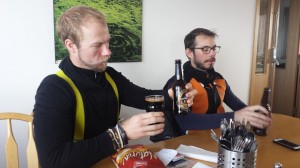 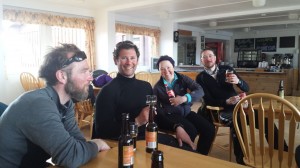