It’s all about the ‘Beat’

It’s all about the ‘Beat’

This week I want to spend some time on BeatBullying and why I am supporting them.

As I have said, for me bullying is just fundamentally wrong. It is not right that anyone should have to put up with such intentional malice being inflicted upon them, and I hate the fact someone would knowingly take advantage of or cause pain – be it physical or emotional – to someone who does not have the strength or ability to stand up for themselves.

One form of bullying I absolutely deplore in this modern day technology era is ‘trolling’. Bullying itself is bad enough, but to do so whilst hiding behind a computer screen, (in many cases anonymously) and not even facing the person being caused distress speaks volumes of the cowardice and character of the troll. They are the lowest of the low.

There are really two main aspects to BeatBullying that stood out for me and make them such an appealing charity:

1. BeatBullying has the only e-mentoring or social networking site to be endorsed by the Child Exploitation and Online Protection Centre (CEOP). They provide a safe online haven for kids to interact together, obtain support for problems they are facing and which has the presence of professional Counsellors at all times supporting both mentors and mentees. Given my feelings against trolling this was a very big influencing factor for me.

2. BeatBullying train & empower youngsters to help each other. The long term positive impact culturally of such peer to peer support, when delivered locally & internationally, is a fantastic step towards making bullying unacceptable from the ground up.

Again, I would definitely recommend visiting their site to read more and take part, it is very well structured and has a great positive vibe to it.

NOT JUST FOR CHRISTMAS

This is not a one off event for me, I want to be involved and doing what I can for the anti-bullying cause after my expedition as well. As such, I have registered for training to become a Beatbullying LifeMentor so I can continue to help and do my bit in the future. I'm quite excited and looking forward to it too. 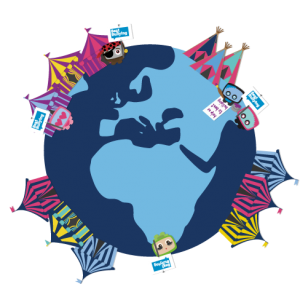 I need to say something about this, it is SUCH a cool idea! This is an online march that BeatBullying are carrying out on 11th June across a number of global website, with the final destination being the European Commission. Yes, you heard me right, this is a 'virtual march across websites’… Brilliant isn’t it! 🙂

What are they marching for?

To learn more and take part you can REGISTER HERE. You can also show your support by wearing a blue BeatBullying wrist band.

In my last blog I mentioned we had reached a milestone and were on our way to hitting £3,000. Well… I am rather ecstatic to say we have surpassed it and now stand at £3,200.91! Seriously, that’s AWESOME! It’s just incredible and very humbling both the response and support everyone has given and continues to give. Separately, the positive messages, calls and encouragement from people I have received have really been appreciated too.

ONE FOOT IN FRONT OF THE OTHER 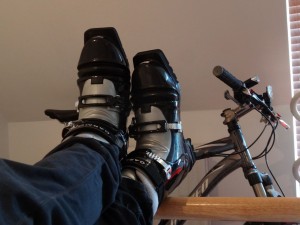 That’s it for this week. For now it’s time to start breaking in the boots and keep chipping away at the training putting one foot in front of the other.

Hard to believe this time next week I’ll have my bags packed ready for my flight the next day. …*chuckle* have to laugh 🙂 I’m crossing Iceland to cross Greenland! Pretty psyched though, it’s going to be amazing. It is also the smart thing to do to check equipment out and get some solid final training in before the big one. My good friend Rémi is joining me for the Iceland training trip as well which will be cool. A very funny guy (sacré bleu! hehe) and no doubt we will have a few laughs, looking forward to catching up.

Hope you have all had a great weekend, thanks for reading, spread the word and catch you again next week!