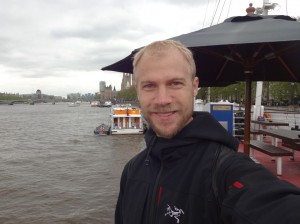 Well, it is finally here… My first official Glacierblues blog post! Brings back some memories actually, from when I first started travelling some years back and used to write a blog called 'Travels with Guido'. Ahh we laughed, we cried, we laughed some more… 🙂 I might even pull a couple out of the old archives and post them for us all to have a bit of a giggle at some time. We'll see.

But back to the present and my biggest challenge yet: CROSSING THE GREENLAND ICE CAP

This will be the toughest test I have faced yet, and I am not so naive to think it is going to be a walk in the park. Nothing is guaranteed. Indeed it was quite the wake up call after signing on to the expedition to read of the untimely death of British man Philip Goodeve-Docker, and the critical condition his team members were left in when they became caught in a sudden storm attempting the same thing last year.

But for all the physical dangers the real challenge for me personally is raising peoples awareness of the anti-bullying charity BeatBullying. Including, quite importantly, raising funds to support the fantastic work they do and have planned for the future.

I will be keeping you all in the loop by the way with regular weekly posts on how things are progressing on training, preparation, the fundraising and more. Including the odd Instagram and tweet as well. I'll admit I am a bit of a newbie to some of the techy bits of this, but hopefully there won't be too many hiccups

Well, that is it for now, not long to go either! In fact I fly to Reykjavik on 17th March for my 10 day preparation trip through the middle of Iceland (awesome!), but more on that later.

….Wow! First blog done, how funny, until the next posting… sign up, stay tuned!

Looking forword to your adventure blogs.
Crossing Iceland is not any less exciting than the huge Greenland Ice Cap.
Prepare well but remember that resting is a form of preparation as well 😉
/jgj

Looking forward to the Iceland leg too, should be awesome! My Mum keeps reminding me of your comment by the way, i.e. to rest as well as train *chuckle*, so can assure you I am getting equal measure of both 😉